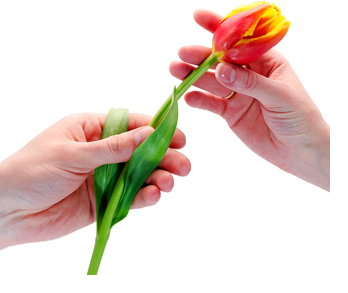 A dear friend of mine (we’ll call her Lizzy) is the single mom of two daughters. Lizzy spends her days working at our school, and her evenings and weekends engaged in activities aimed at enriching the lives of her children—and often those of their friends as well. I admire her for a number of her stellar qualities, including both her ability to remain calm under pressure, and her ever-present sense of consideration for others. She is not easily harried or disturbed, and she would hate to be rude or hurtful to anyone. This is why I was astonished that someone could make her the focus of what I like to call a “parking-lot judgment.” You know, those occasional “helpful” comments from strangers we sometimes encounter in a public place (such as a grocery store) who seem to feel entitled to make snap judgments from visible aspects of our behavior (or that of our children) and even sometimes apparently feel superior enough to share these judgments.

But someone did, and Lizzy (very understandably) was moved to vent to those good friends who are allowed onto her Facebook wall:

You don’t know me, or my family. Unless you actually listened to the phone conversation I was having with my 14-year-old, you wouldn’t know that she’d called from sports practice needing help with her diabetes. Your comment that I should ‘take my private conversation elsewhere’ doesn’t help. If you’d taken the time to notice, I was walking out of the store without groceries, which meant I’d abandoned my cart, leaving the store to be able to concentrate on my daughter’s question. You don’t know what her blood sugar was, her level of activity, or how she was physically feeling. You don’t know what her blood sugar was at 3 am, or 4 am, or what supplies she has in her backpack at practice to help her deal. You don’t know how grateful I am that my daughter is thoughtful and responsible about her medical condition, and how happy I am that she will call me for back up when she needs it.

So while you have feelings about etiquette and modern technology, consider that there are issues at play that you know nothing about when you throw your zinger to a stranger. Consider that you are rattling a mother who is operating on little sleep, and is troubleshooting a relentless, unfair, and endlessly complicated medical issue with her brave, wonderful daughter who doesn’t deserve this monster of a disease.

Meanwhile, far away in another galaxy—or at least, another Trader Joe’s parking lot—an entirely different transaction was underway. You can read details in Lauren Casper’s post titled*, “To the Trader Joe’s Employee Who Noticed My Family in the Parking Lot.” It may be sufficient to say here that Lauren found herself in a similar position to Lizzy in that she was also the potential brunt of a variety of interpretations of her behavior (or that of her children). The main differences, perhaps, were that she and her child were dealing with autism, and her distress was perhaps more readily apparent than Lizzy’s.

In Lauren’s case, as she fled TJ’s with her husband, one screaming child, and another in tow—certain that judgments about her maternal failures were erupting in the minds of many of those around her (and she was probably right)—a TJ’s employee followed her out to the car and presented her with a bouquet of flowers accompanied by extremely encouraging words that made her day.

What made the difference between Lizzy’s and Lauren’s experiences? The luck of the draw, we could say. In each case, the circumstances might have been much different depending on which of the onlookers chose to speak and which chose not to. (Probably in both cases there were bystanders who could have encouraged as well as those who could have gone “judgy**.”)

But an important lesson we can come away with as we leave the parking lot is embodied in something radio legend and personal development guru Earl Nightingale once said: “When you judge others, you do not define them, you define yourself.”

Well, that’s a little scary. But think about it. Go back to Lizzy’s example. How do you feel about the older lady who berated a struggling mom for the imagined offense of having a private phone conversation in public?  Now think about the TJ’s employee who handed flowers to a struggling mom dealing with a screaming child? Which responder showed themselves to be more mature? How true are Nightingale’s words to you? How likely are you to engage in parking-lot judgments from now on?

And one last question. If these principles apply to strangers, how much more to family members and friends?

*People are “entitled” to opinions, etc. Posts, movies and books are “titled.”

**Judgy IS in the dictionary. Or at least, the “Urban” one. 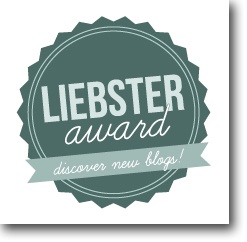