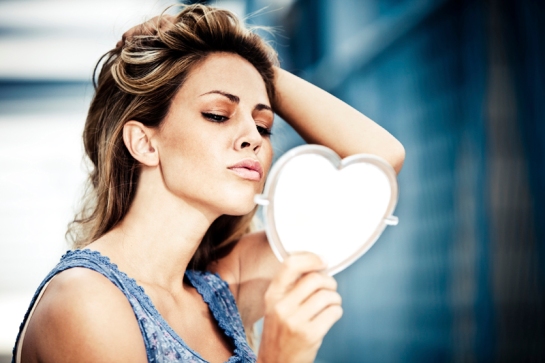 Today a study about narcissism came across my press feed, and I found it a bit disturbing. Not so much because of what the researchers discovered, but because of the use to which their discoveries were being put. Most of us are interested in the kind of psychology research aimed at helping individuals overcome mental health challenges, but this wasn’t that sort of research. Rather, the study was aimed at helping retailers exploit a common but potentially damaging human attribute in order to make more money. Published in the Journal of Retailing, the research report offers marketers new insight into how they can get into your (and my) wallet via our own narcissistic tendencies—and how they can manipulate us into tapping into those tendencies more often. And lest we harbor any illusions to the contrary, yes, we all have them. It’s only a question of degree.

Using the example of the automobile industry to show how narcissism can be exploited in marketing strategies, the researchers explain that many firms currently offer options that allow customers to self-design their products to make them unique. “Yet,” they write, “field evidence indicates that few shoppers fully use these systems. For example, most consumers select standard colors (black or white) rather than customize a car with a unique paint treatment (like volcano red).”

In four studies, they pursued the question of how narcissism can increase a customer’s desire to buy more of these uniquely designed products. For instance, in one study they found that car buyers who score higher on measures of narcissism will self-design more unique cars. Another study showed that specific marketing techniques can lull consumers into a “temporary” narcissistic state of mind. “For example,” the researchers said, “customers were shown an automobile advertisement with the slogan, ‘You impress. Like the new Audi A6,’ that capitalized on their desire for admiration.” Overall, customers that were intentionally manipulated into this “narcissistic state” made similar choices to customers who normally scored higher on measures of narcissistic traits: both groups chose significantly more unique and expensive cars than control groups.

Effective manipulation tactics are fairly simple, it seems. The researchers found that you don’t really have to target all the true narcissists in your customer base. All you have to do is create narcissistic states in your ordinary customers. But how do you do this?

“A Nike tagline ‘my mass-customized Nike shoes look amazing,’ could be changed to ‘my mass-customized Nike shoes impress,’ to induce a narcissistic state that encourages a consumer to self-design a unique product,” said David Sprott, WSU marketing professor and co-author of the study. In summary, he writes “An increasing number of retailers and manufacturers provide their customers with the opportunity to create individualized, unique products,” said Sprott. “Our research suggests that firms should consider customers’ narcissistic tendencies as well as the ability to influence their current states of mind to exploit the largely untapped potential of mass customization systems.”

Well, that sounds easy enough. And fortunately for retailers, levels of narcissism are judged to be increasing steadily, perhaps even thanks in part to the encouragement of their successful manipulative marketing campaigns.

We’ve all heard the accusation that we are all becoming narcissists.

But when do we call someone a narcissist? Is it when their narcissistic behaviors impede our own? Or is it only when they meet the official criteria for Narcissistic Personality Disorder (NPD)? And when is that, anyway?

In contrast, someone with NPD is often referred to in lay terms as a narcissist. NPD is diagnosed by trained professionals using either the American Psychiatric Association’s Diagnostic and Statistical Manual of Mental Disorders (known as the DSM), or the World Health Organization’s International Statistical Classification of Diseases (or the ICD).

The diagnostic criteria as listed in the 5th edition of the DSM requires a “pervasive pattern of grandiosity (in fantasy or behavior), need for admiration, and lack of empathy, beginning by early adulthood and present in a variety of contexts, as indicated by five (or more) of the following:

It should be noted that a number of these traits may be common in normal teens even though they do not develop the disorder. And while the causes of narcissism are not clear, indications are that—like most mental health issues—a combination of factors contribute to its development. Of course, our genes work with our environment as well as our own internal thinking processes to make us who we are. But even the environmental influences are not as simple as we’d like to think. Despite the popular belief that pampering is the source of narcissism, hypercritical parents also turn out children who are eventually diagnosed with NPD.

One recent study aimed at shedding light on how parenting may influence narcissism pinpointed “overvaluing” children as perhaps more relevant than pampering in leading to narcissism. Overvaluing was defined as describing them as “more special than other children” who “deserve something extra in life,” for example.

“Children believe it when their parents tell them that they are more special than others,” said the study’s co-author, Brad Bushman. This may sound like a version of self-esteem, but narcissism is not simply “self-esteem on steroids,” he says. “People with high self-esteem think they’re as good as others, whereas narcissists think they’re better than others.” These are very different views of self that develop in different ways. Overvalued children did not show high levels of self-esteem. In contrast, children whose parents showed more emotional warmth did have higher self-esteem—but not narcissism.

In light of their findings, University of Amsterdam’s Eddie Brummelman, lead author of the study, suggests that parent training interventions should help teach parents to “express affection and appreciation toward children without telling children that they are superior to others or entitled to privileges.”

When it comes down to it, however, messages of superiority and privilege are so rampant in the constant stream of advertising that permeates all forms of media—social and otherwise—that maybe there needs to be a double-pronged approach. YES, what happens at home sets the stage for the rest of life. But environment continues to affect us down the line. Maybe we also need to give our kids the armor that can protect them when they leave home:

We can certainly add other important protections. But these would be a good place to start.

9 Enlightening Quotes on Narcissists—and Why, by Leon F. Seltzer, Ph.D.

Take an online version of the Narcissistic Personality Inventory